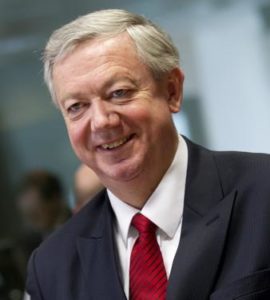 Independent Chair of the FAO Council

Ambassador Hans Hoogeveen has just been elected as Independent Chairperson of the Council of the FAO. He was the former Permanent Representative of the Netherlands to the UN Organization for Food and Agriculture (FAO), Hans Hoogeveen, is duly acknowledged as a consummate professional and a man of agriculture in the utmost degree. With unwavering focus on the stimulation and promotion of sustainable agriculture globally, food security and safety, he has served in numerous international functions. He is political advisor to the World Bank and special advisor to the UN Task Force. Board membership includes Yale University Governance, Environment and Market Initiative, and Fellow of Forest Trends, a leading International NGO on innovative natural policy in Washington D.C.

As Chair of the Seventh Session of the United Nations Forum on Forests Bureau, his leadership resulted in an international instrument deemed a landmark achievement by the UN Secretary General following fifteen years of encumbered international negotiations – a highly noteworthy accomplishment within the forum, which earned Hoogeveen a UN award. He is one of the founding members and current co-Chair of the Global Alliance for Climate Smart Agriculture and the Global Action Network for Oceans and Blue Growth. In addition, he is a founder member and current co-Chair of Champions 12.3, an international coalition of eminent commissioners and CEOs of companies, international organizations and NGOs, which focus on a 50% worldwide reduction on food losses and waste by 2030. Having worked in almost all UN capitals, including New York, Nairobi and Geneva, his broad and well-sustained international network is highly regarded. Among his many initiatives is a long list of international events, most of which have been organized by himself. Furthermore, he has experience in a variety of UN bodies other than FAO.

He chairs numerous bodies such as in the context of FAO (chair of the Programme Committee for 4 years), IFAD (Governing Body) and WFP. Early in his career, he became well acquainted with various aspects of the policy field: the Brussels component, political current affairs, and other party negotiations. He came to regard it as the most integral policy domain, impressing upon him its crucial implications for all living entities – humans, animals, plants. Fully dedicated to contributing to a high goal in areas such as Food Security and the elimination of poverty, he feels strongly that activity through joint effort in a multi-lateral field ultimately leads to the achievement of certain pivotal objectives.

Hans Hoogeveen has authored a book on Sustainable Development Diplomacy as well as a number of articles on sustainable development and natural resources policies. His academic posts include Professor of Practice in Natural Resource Policy at the Fletcher School of Law, visiting Professor Sustainable Development Diplomacy at Wageningen University & Research, the Netherlands, and lead lecturer in European Policy at the Netherlands School for Public Government. He holds a degree in Law obtained at Leiden University, the Netherlands, a Master’s degree in Public Management, and a Doctorate from The Fletcher School of Law and Diplomacy, Boston and Wageningen University, the Netherlands. He received the following awards Commander of Gregorius (Holy See), and Commander de l’Orde Grand-Ducal de la Couronne de Chene.

Help
We use cookies on our website to give you the most relevant experience by remembering your preferences and repeat visits. By clicking “Accept”, you consent to the use of ALL the cookies.
DECLINE
Cookie settingsACCEPT
Manage consent

This website uses cookies to improve your experience while you navigate through the website. Out of these, the cookies that are categorized as necessary are stored on your browser as they are essential for the working of basic functionalities of the website. We also use third-party cookies that help us analyze and understand how you use this website. These cookies will be stored in your browser only with your consent. You also have the option to opt-out of these cookies. But opting out of some of these cookies may affect your browsing experience.
Necessary Always Enabled

Performance cookies are used to understand and analyze the key performance indexes of the website which helps in delivering a better user experience for the visitors.

Analytical cookies are used to understand how visitors interact with the website. These cookies help provide information on metrics the number of visitors, bounce rate, traffic source, etc.

Advertisement cookies are used to provide visitors with relevant ads and marketing campaigns. These cookies track visitors across websites and collect information to provide customized ads.

Other uncategorized cookies are those that are being analyzed and have not been classified into a category as yet.